What does catnip do to cats?

Catnip is an interesting plant. Widely known to get cats “high” and playful, it is the only psychoactive drug widely given to animals.

In this article we’ll have a look at what it is, how catnip works and whether you should be giving it to your cat at all.

Catnip, or Nepeta cataria, is a perennial herb. Catnip is in the mint family, Lamiaceae, which also includes rosemary, sage and basil.

It originated in Europe and was brought to America with European settlers.

What are the effects of catnip?

How does catnip work?

Catnip affects cats because it produces a volatile oil in glands on its surface. This oil contains a substance called nepetalactone.

Nepetalactone enters the cat’s nose, where it binds to smell receptors. When these receptors bind to nepetalactone they are activated and begin signalling. These signals travel into the brain and activate the olfactory bulb. This is the part of the brain responsible for processing information from smell.

Once the olfactory bulb is activated, it then sends signals to the amygdala and hypothalamus. The amygdala is responsible for processing emotions. The hypothalamus is located at the base of the brain and is a controller of lots of body functions.

It is impossible to say how cats feel when they smell catnip. Unfortunately, nobody has worked out how to ask them!

It is suspected that cats feel euphoric and “high”. Some people have likened it to marijuana, but it is hard to say whether this is a good example. What we do know is that cats don’t respond to catnip if they are given naloxone – a drug which blocks opiate receptors.

One interesting thing about how catnip works is the difference between smelling it and eating it. Cats who smell catnip usually become excited, but if they eat it they usually become relaxed and sedated.

Which cats respond to catnip?

Not all cats have the typical strong reaction to it. About 70-80% of cats react strongly and get very excited.

It used to be thought that the rest of cats didn’t respond to catnip at all. However, new research suggests that almost all cats are affected by it. Those cats who don’t react strongly, are still affected, but more subtly.

The way cats respond to catnip is thought to be related to their genetics. So some cats are hard-wired to respond strongly, others are more subtly affected.

Catnip does not affect kittens at all. The sensitivity only develops as they get older. So, if your kitten hasn’t shown any interest in catnip, it’s worth trying again when they’re a bit older.

In short, no. Catnip causes no health problems and is not addictive.

If cats eat a lot of catnip it can cause temporary vomiting and diarrhoea. This is the same as for cats who eat grass. Cats aren’t really designed to eat plants, but some make an exception for catnip! Unfortunately it often doesn’t agree with them.

Sickness and diarrhoea after eating catnip isn’t a cause for concern. However, if this happens it’s sensible to limit how much you give in future!

Cats do not become addicted to catnip. In fact, cats usually get bored and it stops affecting them if they smell it too often.

Moderation, as always is key!

Catnip doesn’t have much of an effect on humans. It may cause very mild sedation, but it certainly doesn’t make people high!

Even though it doesn’t have much effect, people have used catnip for centuries. In the 1600s it was used as a sedative. People brewed it as a tea, chewed it or even smoked it. It has been used as an alternative to marijuana, but it has not been proven not to have this effect.

One surprising and useful fact about catnip is it is a natural mosquito repellant! It doesn’t last as long as DEET but it is more effective. There are commercially available mosquito repellents made from catnip available to buy.

How to use catnip

Catnip can be a great way to encourage cats to play. Because it makes them more excitable than normal, even cats who are normally lazy join in!

Play is a fantastic thing for cats, play makes everything better! Play encourages cats to be active and do some exercise. It also helps them destress and to bond with you.

Check out this video about playing with your cat:

There are a few plants which have similar effects on cats. Valerian, silver vine and tatarian honeysuckle are all safe and can cause the same response in cats.

In fact, they often work for cats who don’t really respond to catnip!

Catnip is a very interesting plant that has very obvious effects on lots of cats. Used in moderation it is a great way to encourage play and keep cats entertained.

It is a safe and cost effective plant you can even grow at home. Try some on your cat and see how they react! 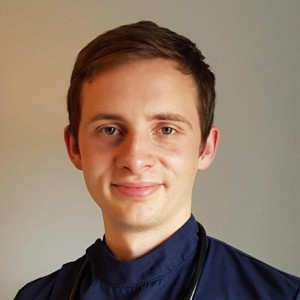